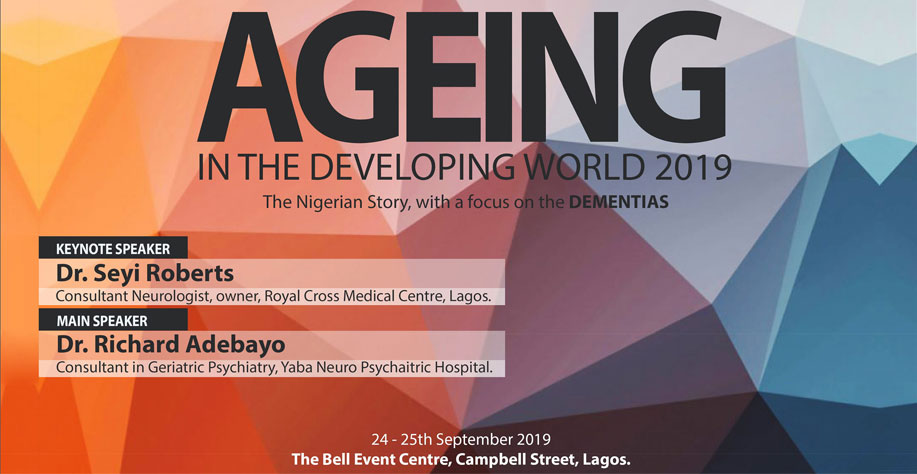 Dr. Seyi Roberts hails from Ondo town in Ondo state and attended the Ibadan Grammar School from 1964 to 1968 for his O-Levels, and briefly in 1969 for A-levels before gaining admission to the University of Ibadan Medical School in the same year for Prelim Medicine. He subsequently graduated as a Medical Doctor in June 1975 and had his internship at the University College Hospital (UCH) Ibadan thereafter.He obtained the certification of the United States Educational Commission for Foreign Medical Graduates also in 1975.He proceeded on his Compulsory National Service in 1976 when he served with the Nigerian Army, 15th Infantry Brigade in Yola, in the then Gongola State.He had his residency training in Internal Medicine at the Lagos University Teaching Hospital (LUTH) from 1977 till 1981 and then proceeded for a fellowship in Neurology at the Massachusetts General Hospital, Harvard Medical School, Boston, USA, from 1981 to 1982.

He was a research fellow at Harvard Medical School in the fields of Neuropathology, Electroencephalography and Clinical Neurology.He was admitted a fellow of the National Post-Graduate Medical College in 1983 and the West African College of Physicians in 1991. He Co-founded the Royal Cross Medical Centre, Obalende in 1985 after resigning from the Lagos University Teaching Hospital (LUTH), and has been the Medical Director and Consultant Neurologist to date.He is a visiting Consultant Neurologist to several Hospitals and corporate medical facilities in Lagos, and to most of the leading HMOs in the country.

He has served as Vice Chairman of the Nigerian Medical Association Lagos State Branch, and has been on the board of the Federal Neuropsychiatric Hospital, Kaduna for several Years. He represented Nigeria as a member of the National Delegation at the 2009 ECOWAS Health Summit for the Drafting of the Health Policy for the ECOWAS Sub-region in Cotonou, Benin Republic.

He sits on the Board of AIICO-Multishield Limited, one of the leading HMOs in the country.He has been an examiner for the National Post-Graduate Medical College and the West African College of Physicians for many years. He was honored and installed into the traditional and ancestral chieftaincy office and title of Otunba Gbagengha of Ondo kingdom in July 2017.He is married to Dr. Alero Roberts, a senior lecturer and consultant in Public Health at the College of Medicine, LUTH, Idi-Araba, Lagos, and they are blessed with four lovely children and three grandchildren.

Dr. Richard Ademola Adebayo, a Consultant Psychiatrist and Clinical Psychologist is from Iyin Ekiti. He is a product of Obafemi Awolowo University Ile Ife where he studied Medicine and Surgery. His housemanship was in the Wesley Guild Hospital Ilesha Osun State. He had his NYSC in Wara and Yelwa Yauri Kebbi State. He obtained a PGD in Hospital Management as well as M.Sc in Clinical Psychology from the University of Lagos. He is a Fellow of the West African College of Physicians in Psychiatry. Adebayo has been at various times the Head of Clinical Services and Acting Medical Director of the Federal Neuropsychiatric Hospital Yaba Lagos. He is the Head of Geriatric Psychiatry unit of the Hospital. He is also the Head of Transcultural and Social Psychiatry Research unit.

He has been involved in international collaborative research works such as the Genetic study of Schizophrenia and Clozapine BEN Study with the University of Maryland at Baltimore in the United States. He is currently involved in a Study of Lifestyles and Mental health with Solent University, Southampton UK. He has been involved in Mental health Advocacy programmes and Public Health Education both in electronic and print media. Adebayo loves music and lawn tennis.  He is happily married with children.